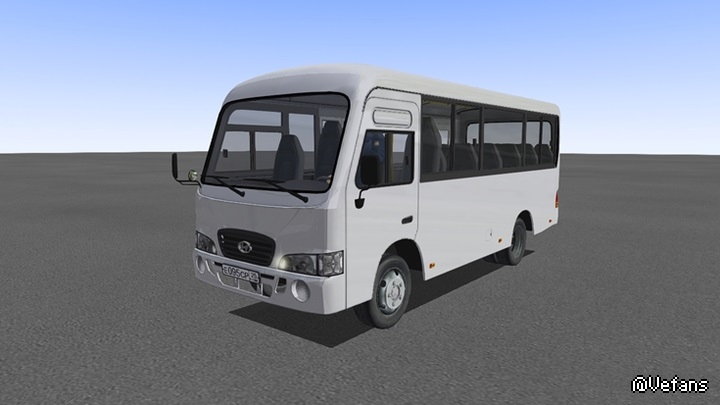 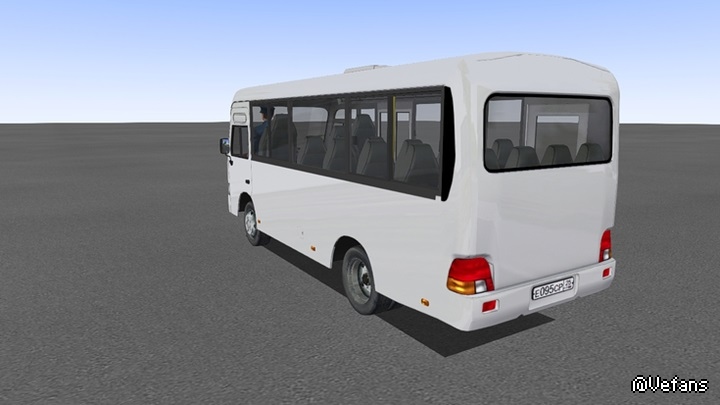 Hyundai County is a small bus occupying a niche berween minibusws and medium-sized buses. Designed in south Korea by Hyundai motor Company. Since April 2010, the bus has been assembled, under license, at the plant of LLC KuzbassAvto in the kemerovo Region.
This model is more suitable for AI. The model was converted without significant changes. The model lacks PU buttons, low quality textures, sounds not from Hyundai County, etc.
Credits: Machine Time 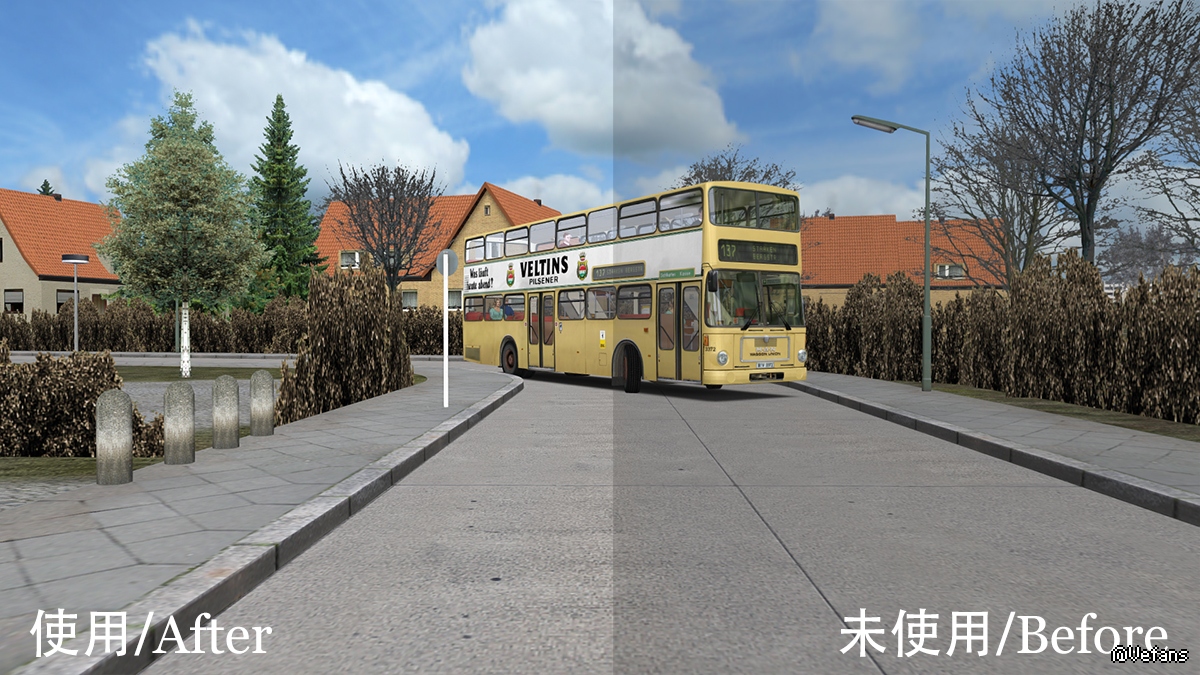 Hello everyone, today I bring you a realistic SweetFX setting adjusted by me & Hans Johnson.
The setting changes the dim graphic to bright light effect.
OMSI Sky Mod v1.0 is required as the default sky would turn white.
Copy all files to OMSI 2 root folder.
You could type 'insert' key to enable or disable the effect. 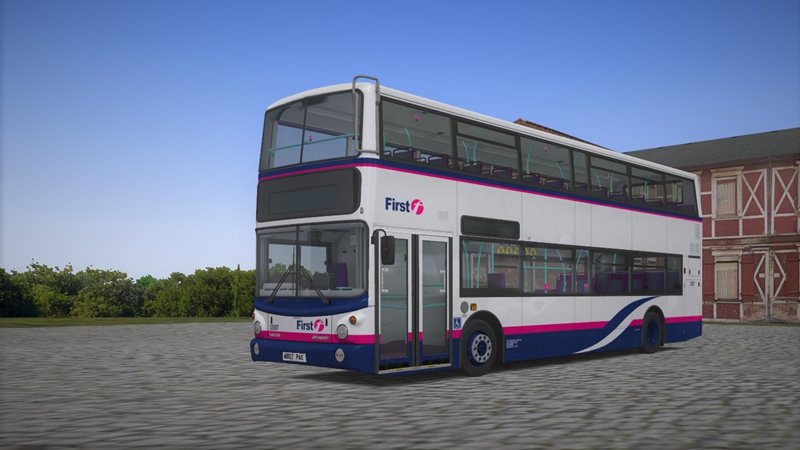 It's finally here! I present to you the Volvo B7TL with Alexander ALX400 bodywork by V3D and the DigiBus team (But mainly by V3D). I used to drive these when they were brand-new back in 2000 and wanted to represent such an iconic bus in the world of OMSI 2 and I think that I've done it justice. Now you can enjoy it to for many years to come. 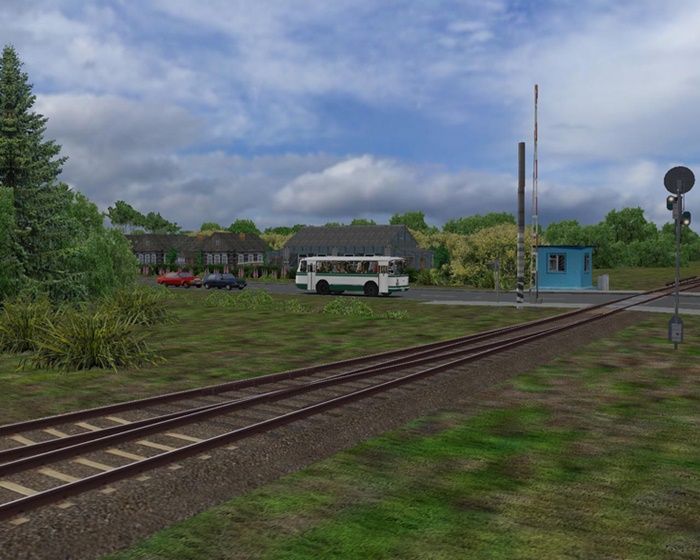 The previously 'Donators Only' Regional ALX400 is now available for free and to all!To keep 3rd party file use to a minimum I have kept the ALX fairly simple. This means that I've only included the flip-dot matrix display, my own previously recorded engine sounds, a simple 4-speed Voith transmission and a new ticket machine. 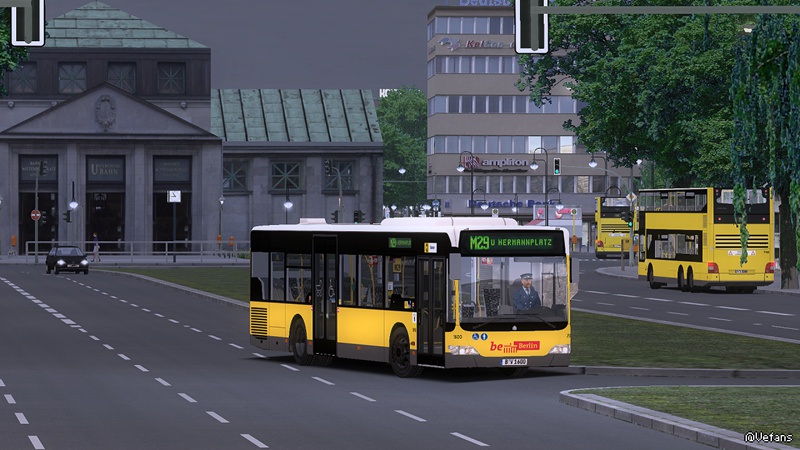 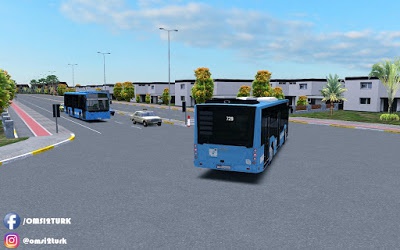 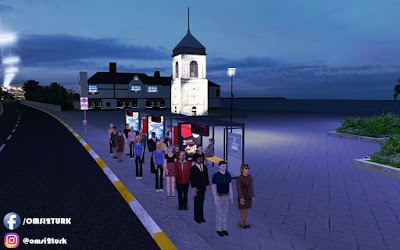 Work started on Gainsborough around 3 years ago. Due to personal circumstances, I do not have the same amount of time to commit to making maps for OMSI - therefore, I have decided to release Gainsborough in it's 95% complete state, so that the community can enjoy it as they wish. The 5% is made up of adding finer details, tidying up some junctions, tweaking AI rules etc. The map is perfectly playable, and is being released so that it doesn't gather dust on my PC for another 6 months. The release should be considered as a public BETA almost, although several rounds of testing have taken place over the last couple of years. Welcome to Gainsborough...

Gainsborough is a small market town, on the bank of the River Trent, in rural Lincolnshire. Located approximately 15 miles south of Scunthorpe, and a similar distance north of the City of Lincoln. Public transport in these parts is sparse, compared to other major towns and cities in the UK. The main bus operator in Gainsborough is Stagecoach, who operate 2 town bus routes, each operating every hour – as well as a handful of rural services operating hourly at best which serve some areas of the town. In OMSI, the network has been somewhat enhanced to make things more varied. The operator is a modern incarnation of “Lincolnshire Roadcar” – who operated almost all bus services in the Lincolnshire area from de-regulation until 2005, when they were purchased by Stagecoach, as part of the acquisition of the “Yorkshire Traction” group of operators. This map has been released as almost a public beta. It has been in production around 3 years, but due to other “real life” commitments, is being released in an “as-is” state, so that it doesn’t gather dust on my computer for another year. That said, the map is almost complete, but is missing some more detailed items that more modern maps include, and a few AI issues.

The routes and timetables included are semi fictional. The 1 and 2 ciruclars are true to life, although each operate hourly in “real life”, and run cross town to Morton. The 3 is covered by Interconnect 100 Scunthorpe to Lincoln. In OMSI, the routes have been re-designed so only full routes are included in the map. A “public timetable” guide is included in the download, but in summary, the routes are: 1: Gainsborough > Park Springs Every 30 minutes 2: Gainsborough > Park Springs Every 30 minutes 3: Morton > Gainsborough > Lea Every 60 minutes In addition, there is route 590 – a School service linking the estates to the Queen Elizabeth High School near Morton. There is no public timetable for this route, as it operates exclusively for pupils attending the school.

You should disable ticket selling when operating this route. It operates from Park Springs, to Newlands, Town Centre and Morton to the school, and reverse, once each way, Monday to Friday. As it operates only to the school, you should find passenger journeys reflect this (only boarding on the Am journey to the school – and only alighting on the pm journey home again!). Early running is permitted on the homeward afternoon journey. Full public timetables are included. Vehicles used are the ALX400 (Route 3 and 590), and Enviro 200 MMC (Park Springs circular’s). The PVR of the network in OMSI is 3 vehicles. Roadcar repaints are included.

Timings are designed with the intention that, with the exception of the 590 – players are using full “Advanced” ticket selling, and have a realistic (No speeding!) driving style. If you are not, or exceed normal driving speeds then you will find you probably run early in most routes Like with my Scunthorpe map – Passenger numbers are low here. This is realistic. Gainsborough is a small town – you can walk from most areas into the centre within 20-30 minutes. Parking is free or very cheap in the Town Centre too, and car ownership is generally high. For most, unfortunately, the bus is the transport of last resort.
NOTE THAT, LIKE IN REAL LIFE – GAINSBOROUGH HAS NO EVENING NOR SUNDAY BUSES AT ALL. ENSURE WHEN LOADING YOU SELECT A DATE THAT IS MONDAY TO SATURDAY, BETWEEN 7AM AND 6PM! SCENERY WISE THE MAP LOOKS IT'S BEST IN THE SUMMER MONTHS Tickets please...
Gainsborough Town has a flat fare system in place for all journeys made. Fare types available are as you would expect, Adult Single - £1.70 Adult Day Ticket - £3.00 Adult Weekly - £8.00 Child “half fare” versions of the Single and Day Ticket are also available on the bus. On my last visit to Gainsborough, it was noted, quite unusually - concessionary free bus pass passengers were still issued with paper tickets when placing their card on the reader. This has been replicated, passengers will present no money, but still require a ticket to be issued! Those that scan a pass on the reader as assumed to be day, weekly or other ticket holders.
Finally, Thank you to all those that have contributed to this map, through creating repaints, objects and splines, offering advice, criticism, and suggestions for improvements, and testing the map - in some cases repeatedly over the last 3 years. Without you, this map wouldn't exist! THANK YOU!